Identifying one’s style is an important part of the designer’s process. Let me take you on the journey I went through to identify my style, using my personal reflective journal, that little notebook where I gather loads of ideas, sketches, notes and materials.

I have always enjoyed drawing, collage and arts in crafts in general. So creating a personal reflective journal was an enjoyable process for me, even if it took me some time to get to it, preferring to use social media such as Pinterest to pin my ideas. But putting things on paper, drawing and annotating things is important and much harder to do digitally.

I started by capturing pictures online of things I visually liked, or that evoked a positive emotion. At first, what I gathered was quite eclectic and didn’t show a particular style or theme. So I printed them all, and added to the mix pictures and pages torn from magazines over time, gathering near to 200 of them! What helped me declutter my mind was to first put together a mind map of words that described who I was and what I liked. 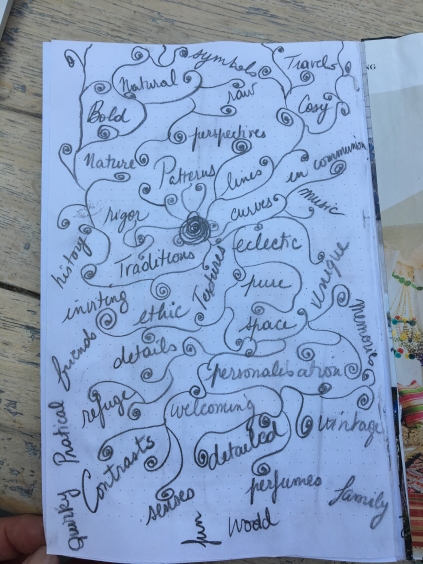 That instantly boosted my energy and creative journey. I frantically gathered the pictures by themes and stuck them in a collage format in my PRJ. Creating themes helped me explore colours, textures, styles, patterns. These themes confirmed the mind map initially created and helped me focus on what really was my style.

I realised that my taste was largely influenced by my life and experiences. I lived in many different countries, all very different from each other, and found that I had kept in me small parts of these cultures. These experiences have made me appreciate diversity and probably explain my taste for bringing pieces of the world and ethnicities in my interiors. When you have moved over 20 times in your life, historical or rustic objects and features are a way of reminding you of these important roots, or the places and memories you cherish.  Roots… origins… are important words in this process. 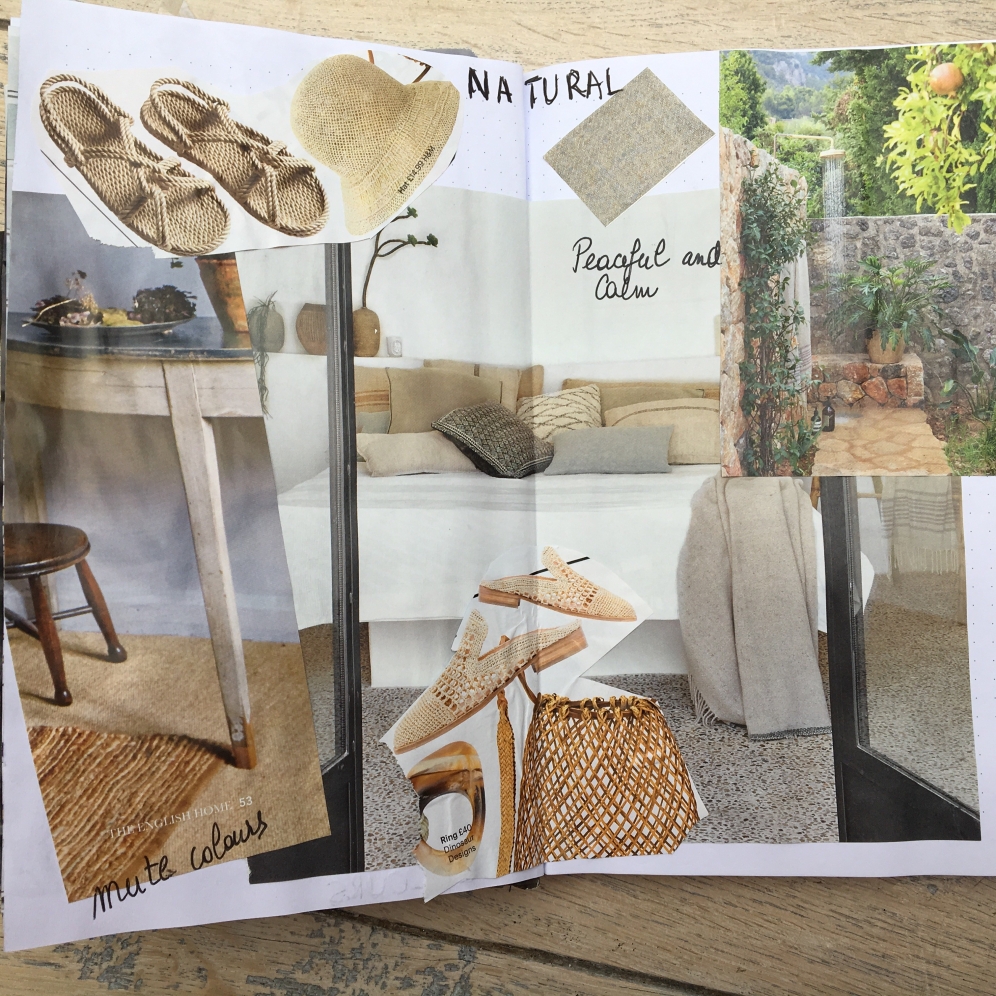 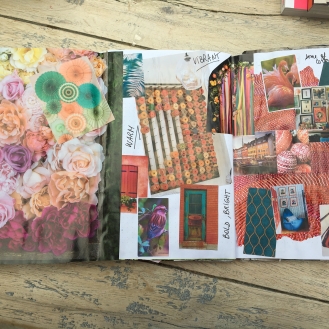 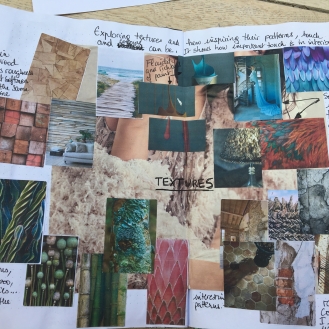 I think that my French origins first plays a big part in my style; I love the grandeur of a room, buildings, antiques, and the “art de vivre” is really important to me. That’s how I was raised.  I also think I have been particularly influenced by two countries. Brazil first, through its exotic and flamboyant colours of the rainforest, the smells that overwhelmed me when I first arrived and the beauty of the painted bodies and traditional costumes of the Amazon tribes. Then Finland, where one is in total communion with nature, the simplicity of the lines in objects and architecture, as well as the natural and authentic way of living. What I also found interesting when living there is that with winters for 5 months, clothing and fabrics are bold and colourful to brighten long and dull winter days. Nature and bold colours have thus clearly become part of my style.

Going through this process has made me synthesise my style in 20 pictures (10% 0f the ones gathered) and identify that it is a blend of all these cultures and travel around the world. While I initially thought my style was eclectic, I now can see it as being a combination of ethnic, rustic and natural.